Work has started on a joint VRA and SES facility at Dubbo airport and there is plenty of room for the RFS Head Office.

It seems that Dubbo is the place to be… 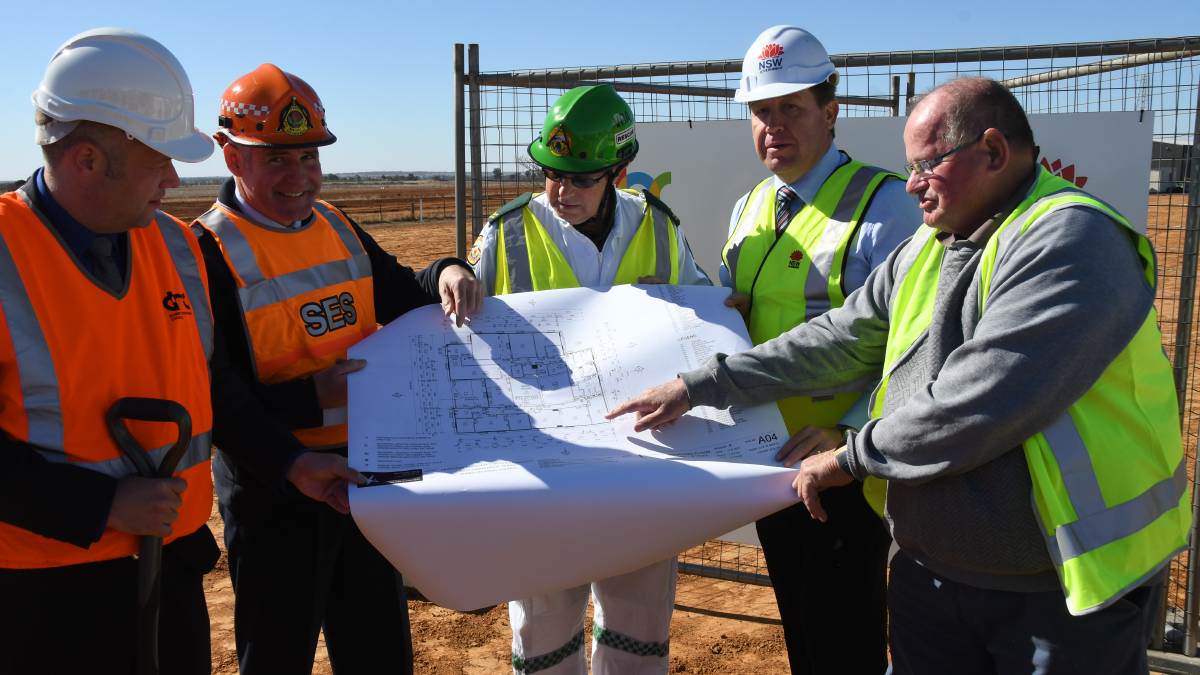 Dubbo’s Volunteer Rescue Association (VRA) and the State Emergency Service (SES) turned the first sod at their new joint-use premises at the airport on Tuesday.

The SES and the VRA pooled more than $2 million of state government funding for a new facility and will create a state of the art emergency services headquarters.

“This facility will be purpose-built and fit for the task, and it will be a mecca for emergency services and volunteers in the Dubbo region”

SES deputy region controller Phil Lalor said it made sense to house the two organisations together in Dubbo.

“This is the start of a new venture and a new era for emergency services and emergency management in Dubbo,” he said.

“This facility will be purpose-built and fit for the task, and it will be a mecca for emergency services and volunteers in the Dubbo region so they can give back to their local community in times of need.

“The new facility will work because modern emergency management is all about all hazards and all agencies.

“Any recent response to any emergency situation both nationally and internationally you’ll notice every agency pitches in together, and it’s about working as a team and responding to the community, we are in this together for the betterment of the community.”

Dubbo Rescue Squad president Robert Chenhall said the new headquarters would have many benefits for both VRA and SES members.

“Volunteers will see this facility as state of the art, and they will want to come in and have a look, and they will join us, so it will help both the SES and the VRA get new members,” he said.

“This building will have a large training room and an operations room which will be decked out with all the modern technology that we don’t currently have.”

“Their current buildings are outdated and falling down around them, and this multi-million dollar option will be important for our wonderful volunteers in the Dubbo Rescue Squad and the SES,” he said.

“There are synergy’s between the two organisations and this facility will increase their efficiencies,” he said.