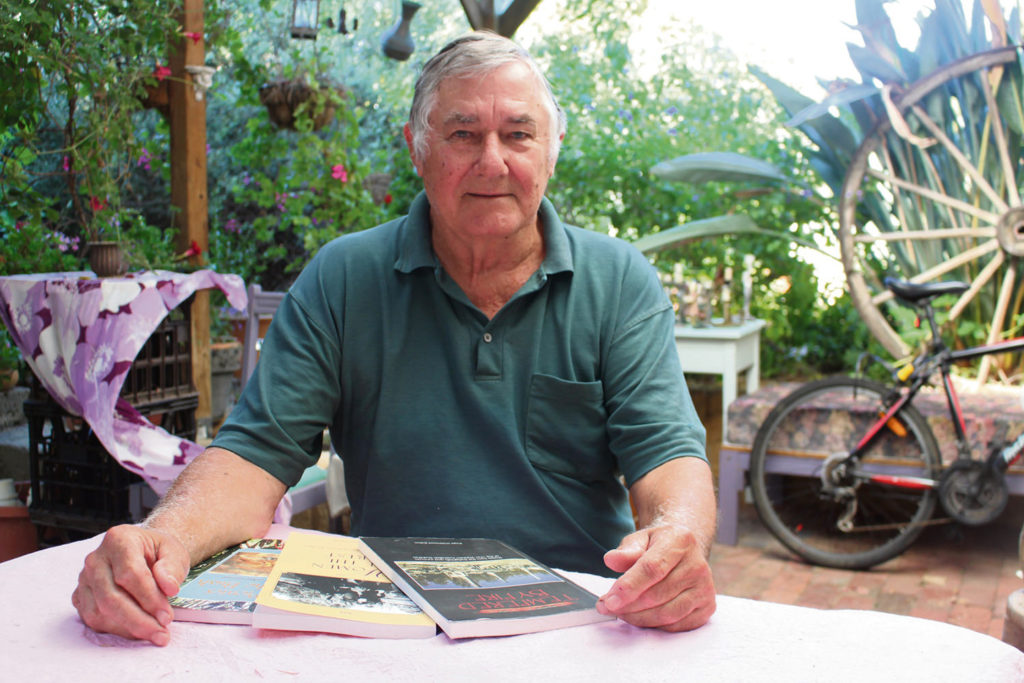 As I pursue my passion for bushfire safety I am frequently confronted by people who live in bushfire-prone residential situations but who make no preparations for fire. When I ask why, they say that they are not worried. “If a fire comes, I will simply evacuate” they say, “and if the house burns, I have insurance and will just rebuild”. This philosophy is usually based on the fear that preparing for bushfires (especially fuel reduction in bushland) means “destroying the environment”.

Several things have not been thought-through here.

First, evacuation is inherently dangerous, especially when it is last-minute and in the face of an intense, fast-moving fire. Roads will be blocked by fallen trees and powerlines; vehicles trying to get out will encounter fire appliances and emergency vehicles trying to get in. Roads in bushfire-prone areas tend to be narrow and lined with dense, flammable bush.  A single accident or break-down leads to traffic gridlock.

People dying in cars while attempting to evacuate is a feature of most Australian bushfire disasters.

A second fallacy is that post-fire life will be a simple matter of collecting the insurance and rebuilding the house. However, insurance companies are not always easy to deal with. For example, a friend of mine lost his beloved shed and workshop in a bushfire and his insurance company demanded he produce receipts for each lost tool and item of equipment, down to the merest screwdriver, before they would pay up. I have also heard of insurance companies declining to re-insure properties in high-risk bushfire areas, or substantially upping the premiums the second time around.

It is often forgotten that treasured household possessions can never be recovered or replaced. Your library and music collection, your family photo album, the heirlooms passed down from your grandparents, your children’s favourite toys … all irreplaceable.

It will also be necessary to apply for a building permit for the new house. Local Councils always apply tougher site planning and building regulations in the wake of a big bushfire and this will increase the cost of the new house, often beyond its insured value.  I have heard of people who lost homes in the Perth Hills fires who had to spend thousands of dollars on site works under their new building permit, and of others in Victoria who took years to get permission to rebuild after the Black Saturday bushfires because of argy-bargy with their local Council.

If the adjoining bushland has been incinerated in the bushfire, it will take many years to recover, leaving you living in a landscape of dead trees. It will also be necessary to re-establish your garden and ornamental and fruit trees. Mud slides and soil erosion are common in areas that have been severely burned.

A big bushfire does not just burn down your house. It can take out the school, the church, the shops, the hall, the servo and the post office. Powerlines, roads, bridges, culverts and mobile phone towers are damaged, and often it will be months before they are restored. Good friends move away after losing everything in a bushfire.

Then there are the recriminations. How did the fire start, who is to blame, who failed us when we needed them? The post-fire situation often becomes a long drawn-out lawyers’ picnic, with law suits flashing back and forward, meetings and courts to attend, and astronomical costs.

It is not difficult to prepare a property to minimise bushfire damage, and it is not necessary to convert your surrounds into a shadeless desert. Sealing the house to minimise ember entry, having a non-flammable garden, pruning shrubs and trees away from the walls and roof, and keeping the flammable fuels down in adjoining bushland will maximise your chances of  waking next day to a familiar landscape. Best of all, if you live in an area of diabolical bushfire risk, you could install a sprinkler system, coupled to an independent power and water supply, and capable of being remotely turned on.

And if you do the job responsibly, you are also doing your neighbours a favour, by minimising the risk of an uncontrollable fire burning out of your place and into theirs.

There is a lot of talk these days among architects of so-called “fire-proof houses”. I have yet to see one tested by a high-intensity forest fire. On the other hand, we already know that a well-prepared house within a well-prepared landscape can be defended against the worst fires.  And in any case, what is the use of a fire-proof house if it survives within a totally destroyed landscape?

The idea that fuel reduction burning destroys the ecosystem has never been demonstrated. The Australian bush has been shaped and adapted to fire for around 60,000 years and an occasional light, creeping fire has as much impact on the bush as do the ocean tides on seaweeds and fish.

Roger Underwood is Chairman of  The Bushfire Front Inc

3 Replies to “The Hidden Cost of Bushfires – by Roger Underwood”