This is an extract from the book: Underwood, Roger (2018): Cyclone Alby – memories of the 1978 Western Australian storm and bushfire crisis. York Gum Publishing, Perth WA. This book is available at a cost of $40 posted. email: yorkgum@westnet.com.au 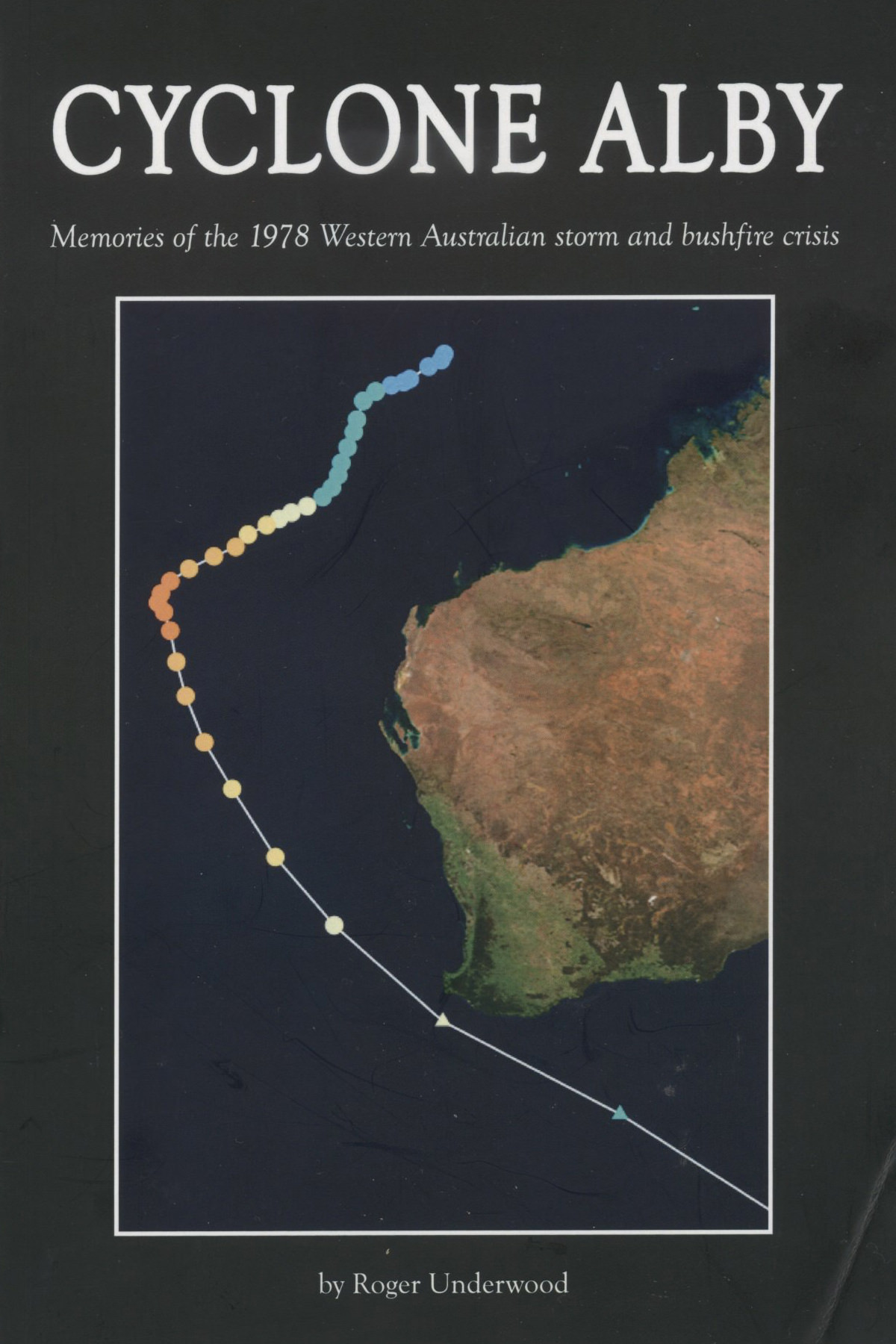 In 1978, Neil Burrows was a bushfire scientist with the Forests Department, stationed at Manjimup. He had been with the department for only about 15 months before the fateful day, but was already experienced in fire science, with the skills to predict where fires would go, and when. Late in the afternoon of April 4th, he was dispatched from Manjimup to the Kirup FD district office to be part of the Large Fire Organisation (or “LFO” – the forerunner of the AIIM system) to deal with the Cyclone Alby fires. Neil recalls:

Being in bushfire research my part in the LFO teams of the day was to fill the role of “fire behaviour expert”, predicting where and when the fire would spread. This I did using the Forests Department Fire Behaviour Tables (known as ‘the Red Book’) and McArthur’s grassland fire behaviour meter, plus local weather and topographical information. Receiving the call from Regional HQ, I grabbed my kit and headed for Kirup. It was late afternoon.

In fact this was only my second involvement in a major fire incident. My first experience had been with a big fire out near Lake Muir the previous summer. Even though I had completed the LFO training course, I was young and inexperienced, and admit to being both anxious and excited at the prospect of being involved in this incident. As I left Manjimup, I recall the wind was very strong, probably blowing at around 70km/h gusting to 90km/h. It was also very dry, but it wasn’t particularly hot – perhaps mid to high 20s.

Driving was hazardous. The crosswind buffeted the car. It was very dark and dusty so visibility was restricted, and there were branches and trees down on the road. I had the VHF radio on and was listening to radio traffic, to catch up with what was going on but also to mentally prepare myself for my role in Kirup – to get into the right mindset.

As I passed through Palgarup, I came up behind a taxi, destined for Bridgetown with a passenger. Driving conditions were so bad that traffic, what there was of it, had been reduced to a crawl. I was about 20 m behind the slow-moving taxi when I saw a large old hollow-butt roadside jarrah tree breaking off and falling across the road. I braked hard, but I could see it was going to hit the taxi. It did, but missed the cab and landed on the boot, crushing the back of the car and pinning it to the ground. I ran to offer assistance, fearing the worst. Although very shaken, amazingly no one in the taxi was injured. They had ‘dodged a bullet’. The woman passenger (luckily, riding in the front seat) was very upset and insisted that I get on the radio and attempt to get a message to her family in Bridgetown letting them know what had happened and that she was okay, but would be late home. I attempted to do so via a call to Manjimup HQ, and having informed them of the incident, and that there were no injuries, was politely told that they would not be informing the woman’s family, and asked that I not use the radio unless it was an emergency!

The distressed passenger then insisted on coming with me as far as Bridgetown, but much to her annoyance, I explained that I was not willing to accommodate her on account of the dangerous conditions. There being little more I could do, I managed to find a way around the taxi and downed tree and continued my journey north. Darkness had now descended. The wind speed increased, and I recall some spits of rain, but not enough to make a difference. As I made my way north, I came within range of radio traffic out of Kirup. District Forester Jack Dearle was the prominent voice over the airways – he was the Fire Boss I think. Amongst the chaos, he was calmly and decisively directing the Kirup suppression operation. Eventually I was stopped again by a tree across the road. It was then I heard Jack Dearle on the radio, ordering everyone out of the bush and into a safe place. I think this may have been in response to a dozer driver being killed by a falling limb. I don’t recall exactly what Jack said, but I will forever remember the calm, controlled and authoritative manner with which he said something along the lines of, “Everyone out of the bush now. Find a safe place to park up such as in a paddock. If there are trees about, get under the truck. Don’t worry about the fires – they will still be there tomorrow, and that’s when we’ll get after them”.

Heeding Jack’s directive, I turned around and made my way back to a farm driveway and out onto a cleared paddock. I sat there for several hours listening to the radio. When there was a break in traffic, I called Kirup office and told them my situation. They advised me that the South West Highway was impassable because of downed trees and other debris and advised me to return to Manjimup when it was safe to do so. I sat in the paddock until about midnight, when the wind abated. I then carefully drove back to Manjimup, avoiding downed limbs and trees. As I passed through Palgarup, I noticed that the taxi and the downed tree were still where I had left them, but the occupants had gone.

At daylight the next morning I set off again and eventually reached the Kirup office and joined the LFO team. I then spent the next few days doing predictions for the many fires in the area. Over time, the crews managed to round up all the fires burning in the Kirup District and apart from one fatality and a few minor injuries, the fire losses were relatively light. This was remarkable given the extreme fire weather conditions and the number of fires. At the peak, the Forest Fire Danger Index reached EXTREME (the maximum category in those days) on account of the near gale-force winds and dry fuels.

One of the things I noted over and again while doing fire spread predictions and monitoring actual fire development was the fact that the department’s extensive prescribed burning program had ‘saved the day’, averting a catastrophe. Without the prevalence of light fuels in the bush I shudder to think what might have happened. There are still some people who maintain that prescribed burning is ineffective when fire weather conditions are bad. But having witnessed the Cyclone Alby fires, I beg to differ.

Finally, I shall forever remember the competence, courage and professionalism of our forestry firefighters under the most adverse conditions imaginable – from the gangs to the senior officers. In particular, I remember District Forester Jack Dearle and his fearless leadership. Had this been a war and not a bushfire he would have received a Victoria Cross.