Two Black Hawks will be transformed into firefighting machines with the Federal Government transferring the helicopters to the NSW Rural Fire Service (RFS) in 2019.

The two airframes will be refitted for firefighting purposes using NSW State funds, a process that could take up to 12 months.

The NSW Treasurer, Dominic Perrottet said the $6.5 million investment, contained in this year’s Budget, will boost the state’s rescue capabilities.

The Black Hawks have a cruising speed of 270km/h and will be able to transport up to 18 firefighters to the remotest parts of the state. 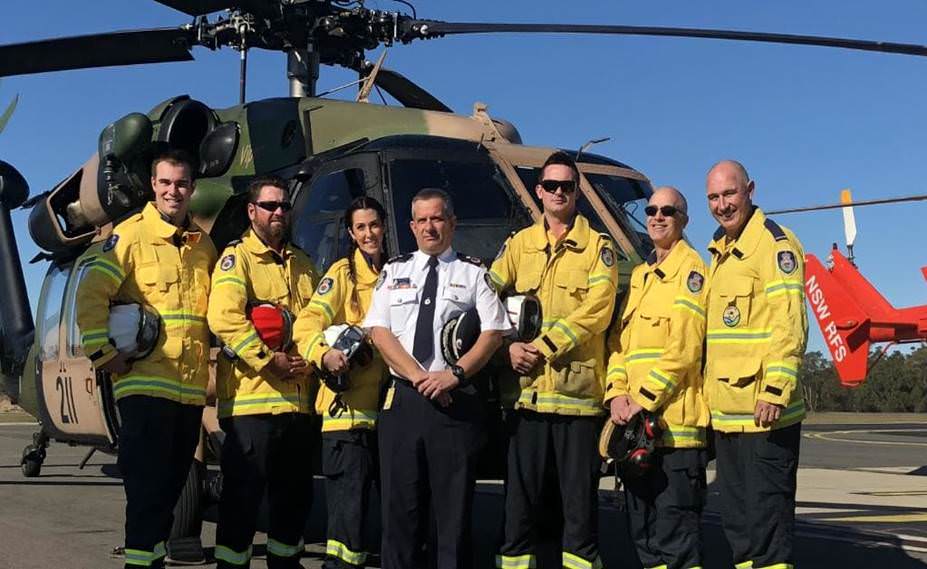 Are we Forgetting Something?

There is no disputing that aviation plays a vital role in our firefighting capability, but is the state government spending too much time and taxpayers money developing RFS capability whilst they are neglecting the simple principles of mitigation, early detection and suppression using their vast network of volunteer firefighters on the ground.

With reference to fixed wing aircraft, it should be noted that a fire retardant drop using a DC10 (Very Large Air Tanker – VLAT) costs us $45,000 per drop. Operation of helicopters for firefighting activities is significantly cheaper.

Whilst we acknowledge that this helicopter aquisition has the potential to enhance the states remote area response reach and capability, but we must not neglect the resources that we already have.

It has also been suggested that the money could have been invested into fire towers and early detection systems that have the potential to alert firefighters of a fire before it becomes too large.

Sheds and Power to Sheds

Now that we have the 2019 state election looming, the government seems to be spending big on any project that can bolster the chances of re-election.

Perhaps they have left their run too late, whilst the media is publishing stories of increased capability and photos of sitting members of parliament handing over large cardboard cheques, let us not forget that in the more rural parts of the state:

There are many rural firefighters who are walking away after many years of service because they are being pushed aside as the city-centric RFS management tells rural people how to put fires out.

One volunteer firefighter said that NSW must stand for Newcastle, Sydney and Wollongong because the rest of the state does not seem to exist.

The VFFA has long recognised the potential for big fires to become BIG business. There are many who agree with that statement and we are seeing catastrophic amounts of money being spent on aviation capability.

The business of engaging high cost services for firefighting needs to be carefully scrutinised to ensure that we are properly managing conflicts of interest.

Why are we neglecting the lower cost options that include: