The Volunteer Membership Application form that is available on the My-RFS web site has not been updated and it contains errors. 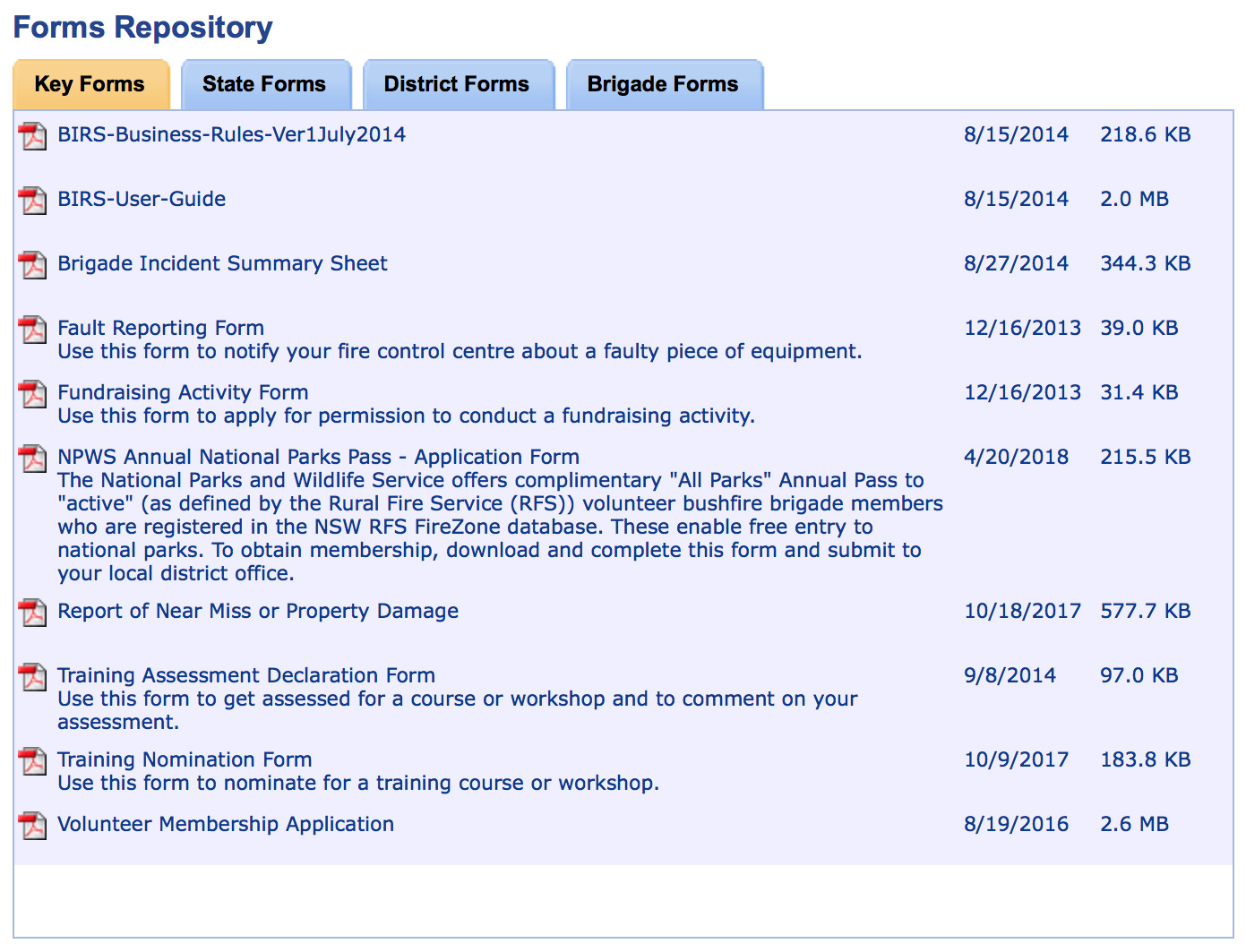 The Forms Repository from My-RFS (screenshot) with the Volunteer Membership Application form at the bottom of the list.

According to the download page (above), the Volunteer Membership Application form was updated on the 19th of August 2016 but the information that appears on the downloaded file (below) is dated June 2012.

A tick or a cross, it’s a bit confusing.

The obvious errors are:

2. The form is contradictory because it asks for a cross in the box If you do not want to become a member of the NSW Rural Fire Service Association, then it states that If you do not tick this box, your name, address and telephone number will be disclosed to the RFSA.

It is assumed that the tick or cross error is an honest mistake.

The issues that are not so obvious are:

1. This is an opt-out system. When joining an association like the RFSA or the Volunteer Fire Fighters Association (VFFA), it should be a opt-in system. Opt-out membership to any third party organisation or group is a bit deceiving.

Personal information shall not be disclosed

The words, Personal information shall not be disclosed, have been taken directly from the NSW RFS Personal Information and Privacy Service Standard 1.1.14, Page 4, Version 2.4, dated 4th August 2014.

3.13 Personal information shall not be disclosed to another person or body unless:

Tagged on: RFS Not Listening