In this post, we challenge the claims that the recent bushfire activity (early in the season) is a result of climate change.

Thanks to Mr. Roger Underwood, Bushfire Front for this information.

The recent bushfires in NSW are not in “mid winter”, where they occurred as suggested by many.

The bushfire season in mid-NSW always starts earlier than in southern Australia, with bushfires around Sydney and in the Blue Mountains historically occurring at this time of the year.

People forget how far north Sydney is (latitude), being closer to a sub-tropical than a temperate climate.

Every year when there are bushfires around Sydney in August or Sept, the cry goes out “Climate Change! Bushfires in mid-winter!”, while history and climatic zones are ignored.

Mr. Underwood said in an email shared with the VFFA that he remembered, when he was a forestry student in Canberra in 1962, he did a course in bushfire management. The lecturer was the doyen Alan McArthur, and the textbook was by the famous NSW forester Harry Luke.

The textbook was called Bush Fire Control in Australia (1961). Mr. Underwood still has a copy.

On page 20 there is an excellent map of Australia showing the bushfire seasons. South-eastern Qld and central coastal NSW are clearly shown as having an occasional August / September fire season start.

It is worth noting that the weather varies from year to year, the diagram shows the average situation.

When you take notice of the date that this textbook was published (well over 50 years ago), these fires are nothing new. The intensity of the fires is increasing because of fuel loads and the drought in NSW will impact upon bushfire conditions. 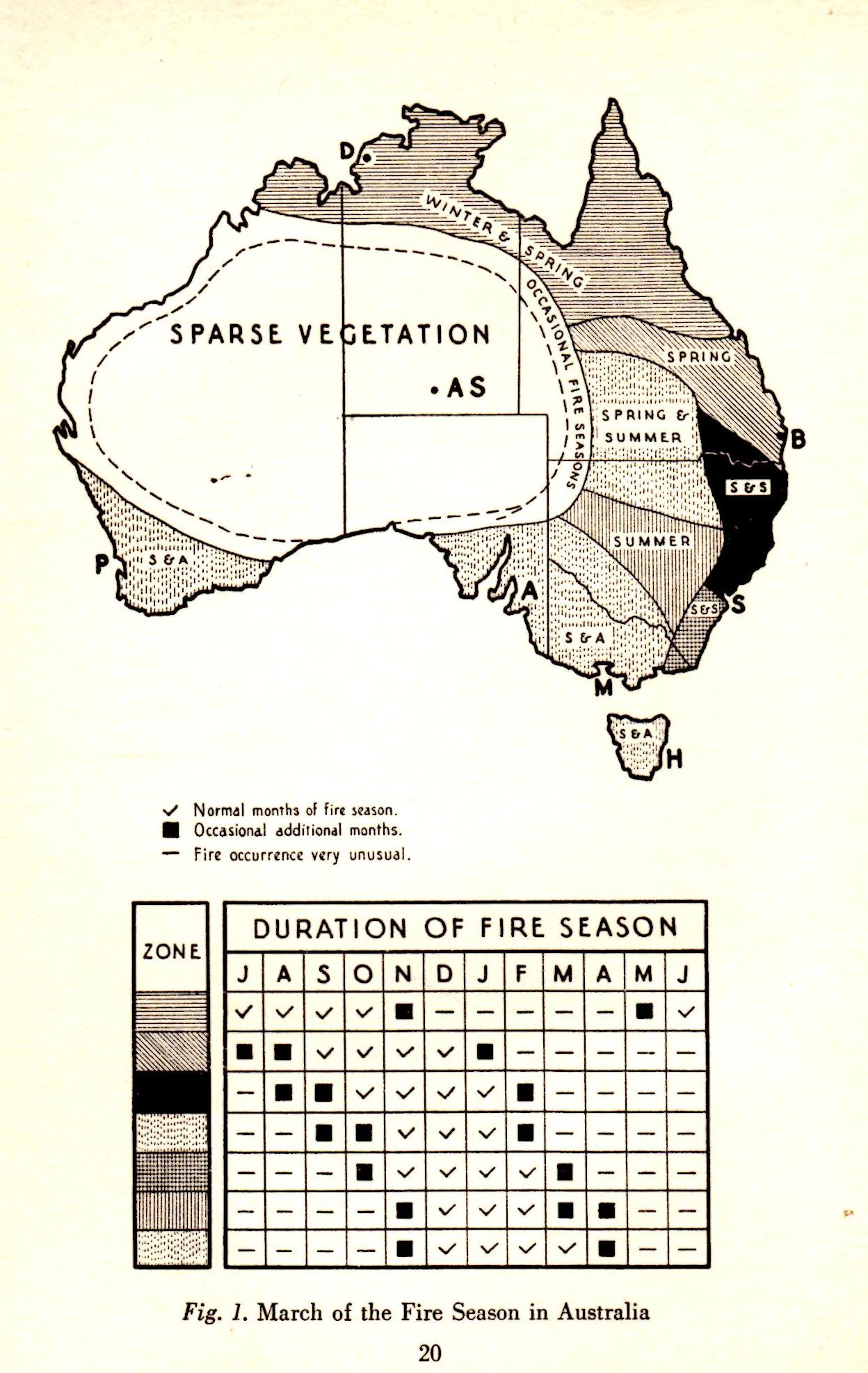 One thought on “Bush Fire Control in Australia (1961)”