In autumn 1968, CSIRO and New South Wales Bushfire Council carried out only the second aerial hazard reduction burn in NSW, in Vacant Crown Land that is now National Park and Wilderness. Danny Christopher, the Fire Control Officer reckoned that the burn saved Bega in spring that year. Other parts of the state had a devastating fire season. Fourteen people died, 156 homes and buildings were lost and a million hectares were incinerated. Later on, wildfires in the rough country between Bemboka and Brogo in 1986 and 1988 were contained by backburning from the network of fire trails constructed by the Bush Fire Council. 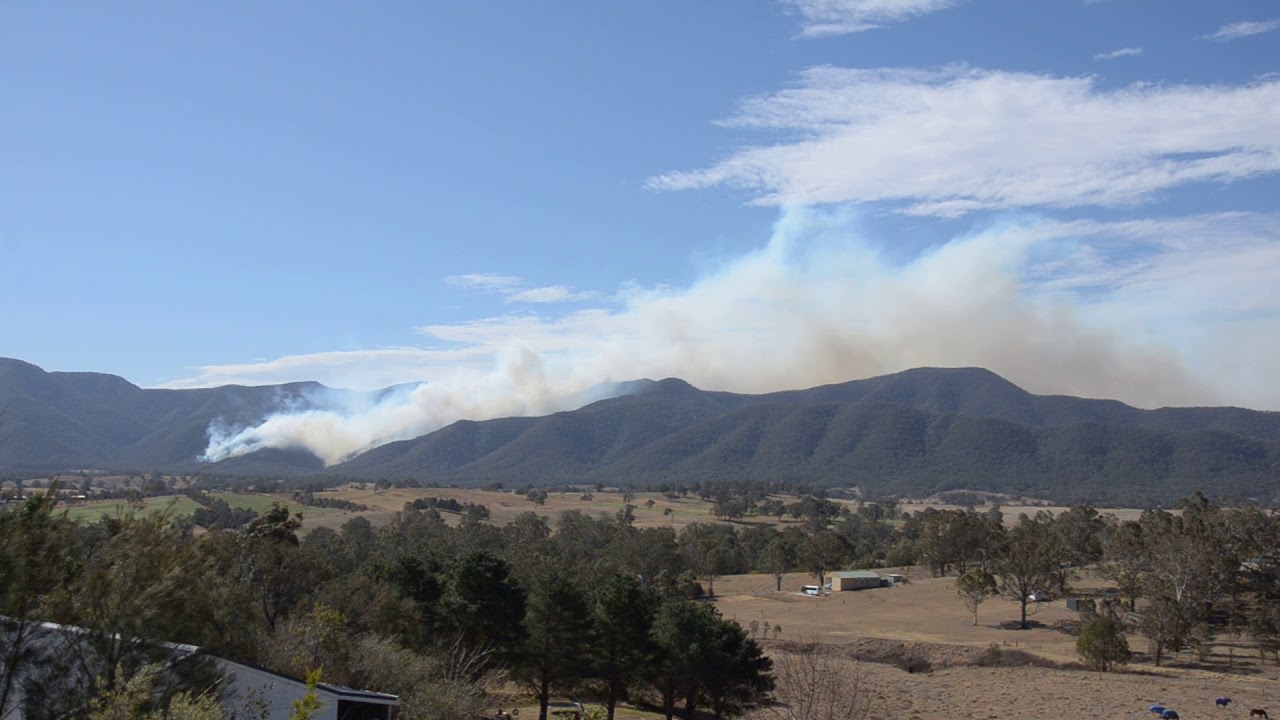 Another wildfire started in this area on 15thAugust 2018. Just as well it happened when it did. After 30 days of fire control operations using ground crews and water-bombing helicopters, under mostly favourable conditions, crews were evacuated in anticipation of extreme winds on Saturday 15thSeptember. A house, several sheds and possibly some livestock were lost. Conditions eased with a southwesterly change. On Sunday a Rural Fire Service airtanker commenced bombing operations with fire retardant from its base in Sydney.

Dying trees, pestilence and megafires during the early 20thCentury convinced foresters that fire suppression doesn’t work. Aircraft had sprayed thousands of hectares of hydroelectric catchments with dangerous insecticides in diesel oil to control plagues in forests suffering from lack of mild fire. The introduction of broadscale burning with aerial ignition improved forest health and fire safety. In the 1970s Australia led the world in land and fire management.

Then, in the 1980s, green academics with wilderness between the ears came up with ridiculous theories that burning would damage the environment. This, where Aboriginal people had maintained a healthy and safe landscape for at least forty thousand years. They had no need for firefighting. They didn’t have boots or overalls, let alone aircraft and computers.

Now we’ve got an ecofascist paramilitary firefighting authority at the expense of sustainable land management. We’re pissin’ into the wind. We could use small aircraft operating from local airfields to help us burn large areas of ‘wilderness’ from the top down, using spots that would coalesce at the end of the day. Instead, we’ve got stupid rules, regulations and attitudes. Where we do burn, we do it at ridiculously long intervals, lighting lines of fire around perimeters, often across the wind and from the bottoms of slopes, to ‘tidy up’ large blocks. We’re actually lighting high intensity fires that turn green scrub into dry fuel and resprout or germinate more green fuel. It’s hazard production burning.

Meanwhile, aircraft are on standby or being used for long hours at huge expense on fire suppression. At the same time, our taxes are funding academics to make lunatic models ‘proving’ that prescribed burning doesn’t work. Ross Bradstock’s gang got four million dollars. After Tathra, he said burning wouldn’t have made any difference. Supposedly all you need is a 40 metre break around your house. The Reedy Swamp and Yankee’s Gap fires show up a systemic problem. Whether it’s wilderness, or infrequently burnt park, or production forest, it’s a time-bomb. Imagine what’s going to happen when we get ignitions on bad days in the middle of summer.

No amount of airtankers, water buckets and media warnings can prevent the inevitable catastrophes that occur when you lock people out of the bush. A relatively small expenditure on sensible land management would be far preferable to throwing money at an emergency authority that relies on disasters to keep itself on TV screens and ensure that money keeps flowing to build its airforce and mint more campaign medals for its generalissimos.